Stranger Things is an American sci-fi horror series set in the 1980s, featuring a group of grammar-school-aged friends and their psychokinetic sidekick.

This example has nothing to do with the show itself; hooray! It’s a fantastic show. One of its key actors, though, has been the victim of inappropriate sexualization. No, not Hopper (played by David Harbour). It’s Mike Wheeler, played by 14-year-old Finn Wolfhard.

In early November 2017, just after the release of the second season of Stranger Things, 27-year-old model Ali Michael posted a picture to her Instagram story on social media asking him to hit her up in 4 years (because 14 + 4 = 18, when it would be legal for Ms. Michael to become sexually involved with the boy). While “stories” on social media disappear after 24 hours, remember – the internet is forever. The post was screen-captured and re-posted, and the backlash over the comment was swift. 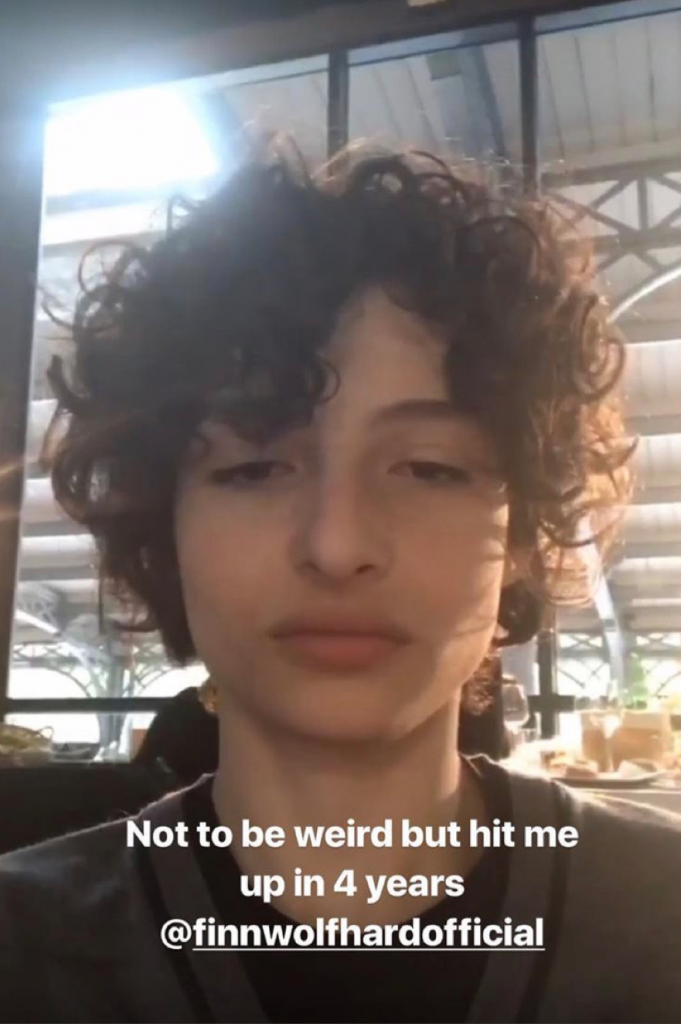 She eventually apologized for her “upsetting, suggestive, and concerning” post, and said that “it was never [her] intention to sexualize a minor in any way shape or form.”

Regardless of her intention, she literally sexualized a minor – not to mention objectified the young man.

This is not OK. The social media backlash lends some evidence of humanity afoot, but we need to get to the point where these kinds of jokes aren’t made in the first place.

We need to change what’s normal.

Next Project (n) Prima Nocta, Anyone?