How I Met Your Mother is an American rom-com that earned 9 Emmy Awards in its 9-season run in the mid-2000s and to this day maintains a cult following. Fans cite relatability to its characters as the driving force of its cult status, though its premise and creative structure contribute to its likeability.

In Season 4, Episode 5, for example (“Shelter Island,” aired October 20, 2008), Barney plots to get Robin to have sex with him by getting her drunk at Ted’s wedding. The plot was foiled by other dramatic interventions, but that doesn’t make it OK. It’s not OK. 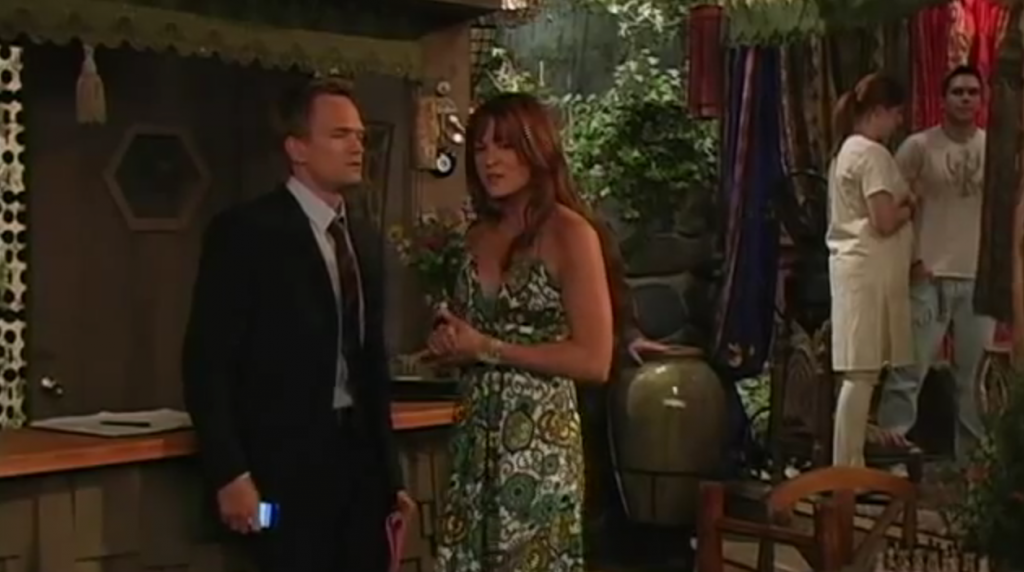 Legal definitions of sexual assault and consent vary from state to state (RAINN has compiled a State Law Database if you’d like to look up yours), but regardless of the terms, consent plays a significant role in determining if the sex you’re having is a crime.

In general, all parties involved in a sex act must consent to the act – that is, they agree to participate of their own free will, under truthful and non-fraudulent circumstances, having the capacity to consent.

Intoxication decreases the capacity to consent.

States define intoxication differently, and some states distinguish between voluntary and involuntary intoxication, but the net result is clear: using alcohol as a means to get someone to sleep with you is, at the very least, approaching criminal territory.

It’s disappointing that getting someone drunk to have sex with them is such a common theme in entertainment. We perpetuate the theme by accepting it as normal.

It is time to change what’s normal.